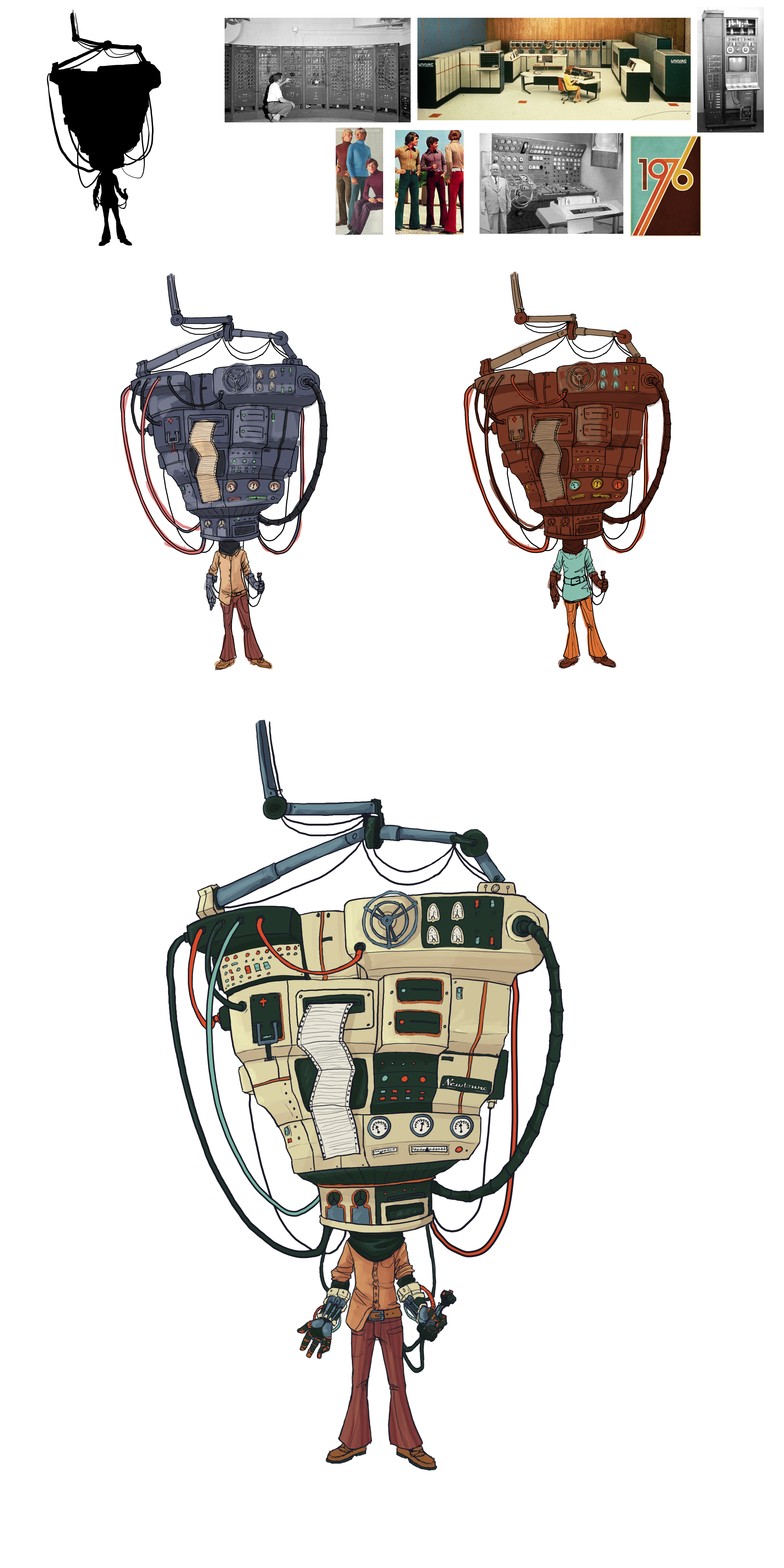 This is the Director

My concept for the for him is; a guy in an early 70's VR headset. I looked at a lot of older computers and thought to myself, I bet a VR machine back then would be massive. So here he is in the "Newtonne", the VR headset of the future. I wanted to push the absurdity of the thing but still make it somewhat believable. The headset itself is connected to the ceiling via a support system/rig that keeps the weight off him and allows him the minimal movement needed to interact with the VR world. 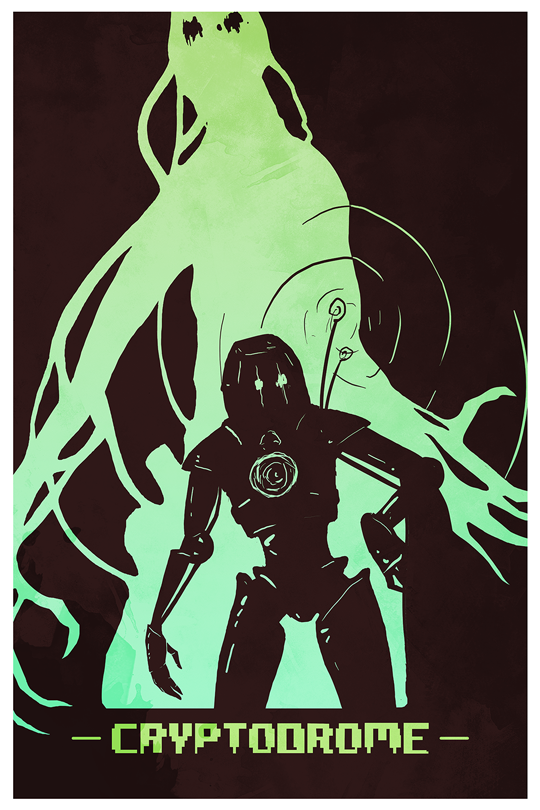 This is the Key Image/poster design for the game. I did two designs but ultimately chose this one. I wanted to channel something the vibe of old horror movies, like John Carpenter's, The Thing. 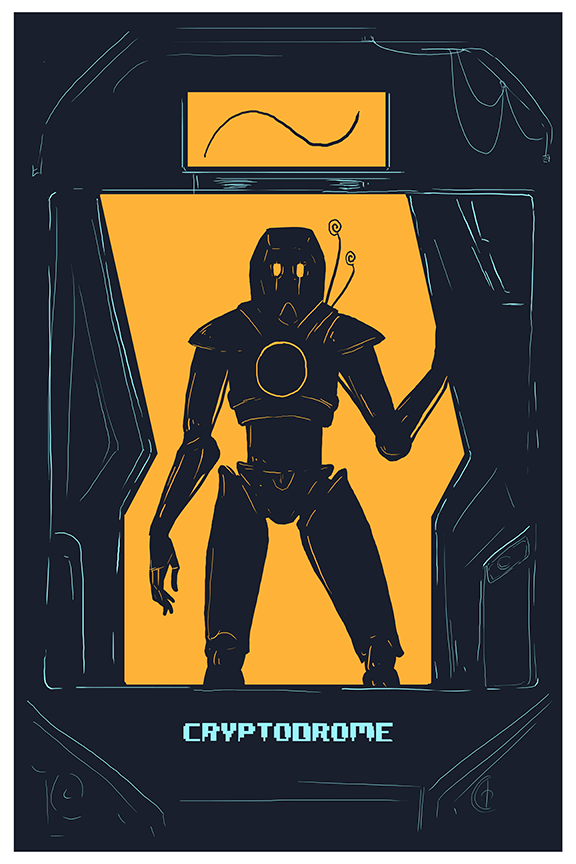 This is the rejected key image concept. 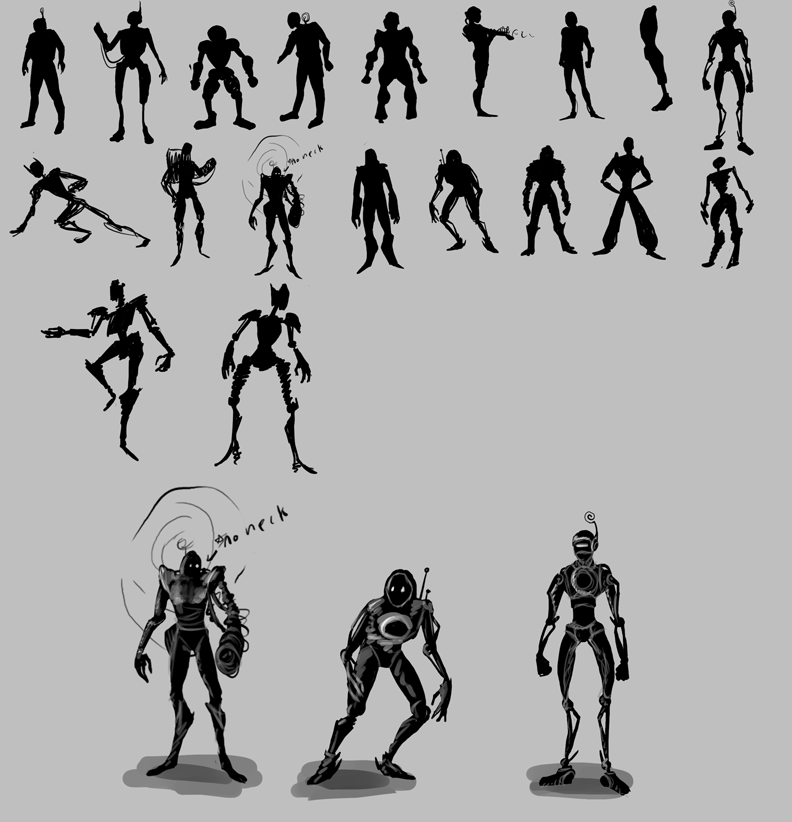 Silhouettes for the Actor. I decided to go for a more robotic look. The actor can't directly fight the Curruption so must rely on stealth and cooperation with the director to complete their objective. Below is the final version of the Actor. 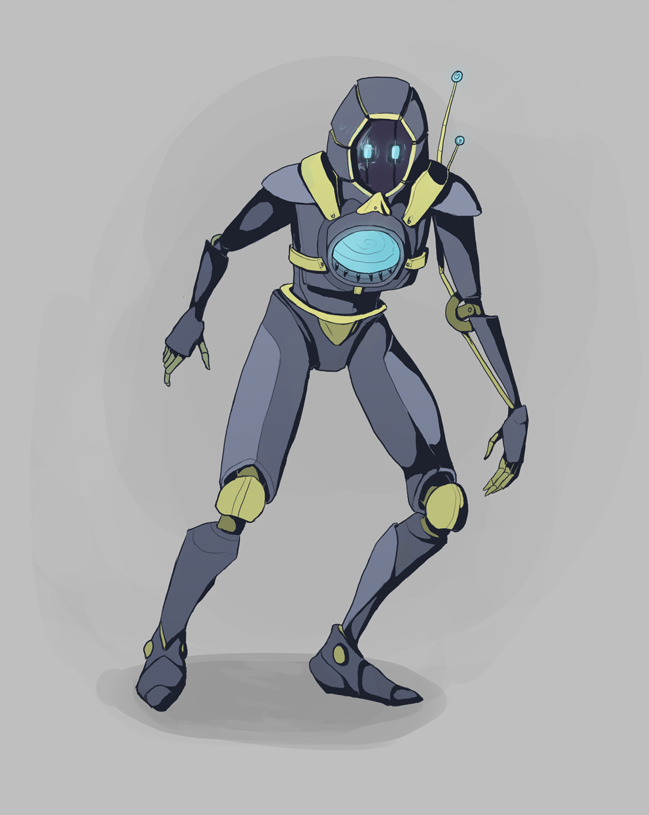 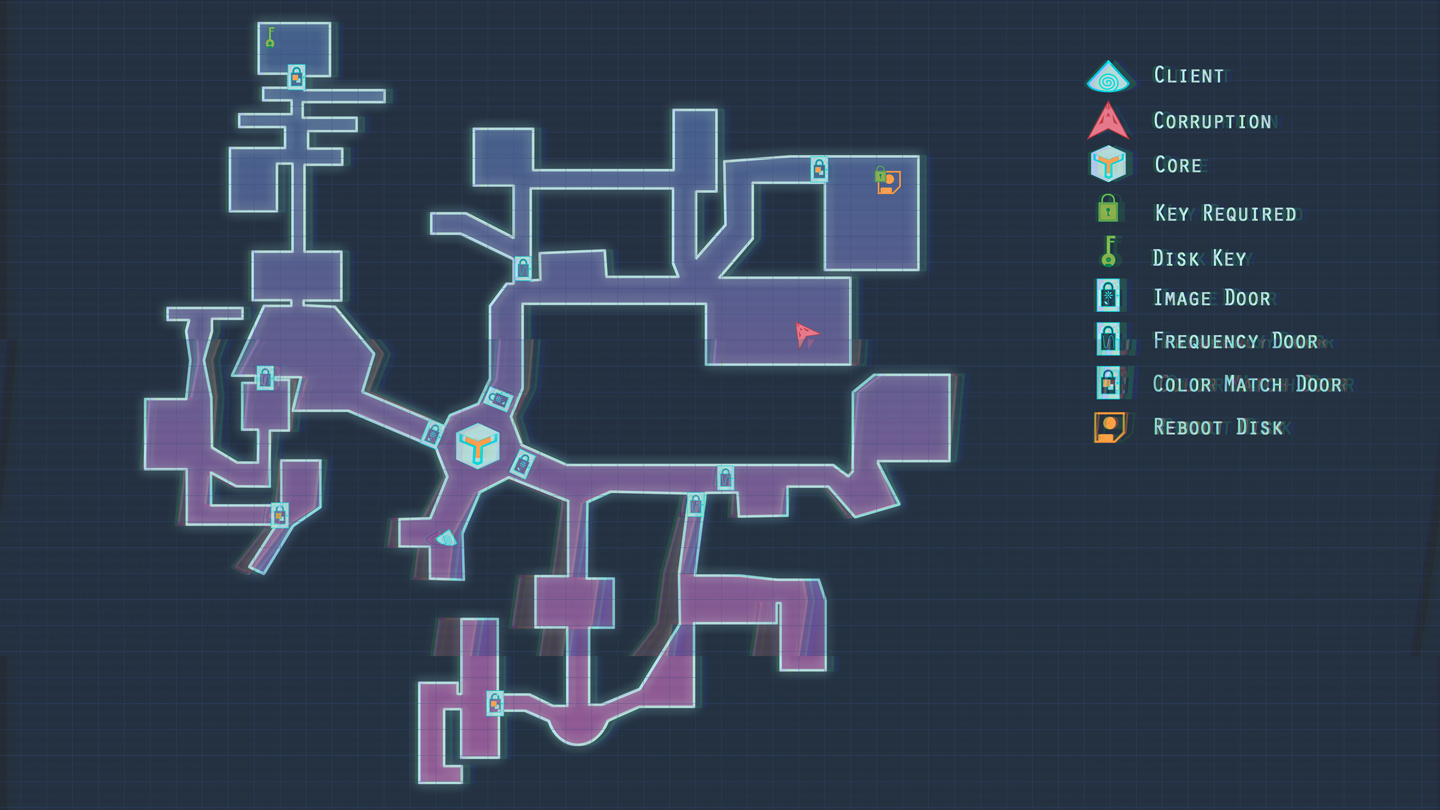 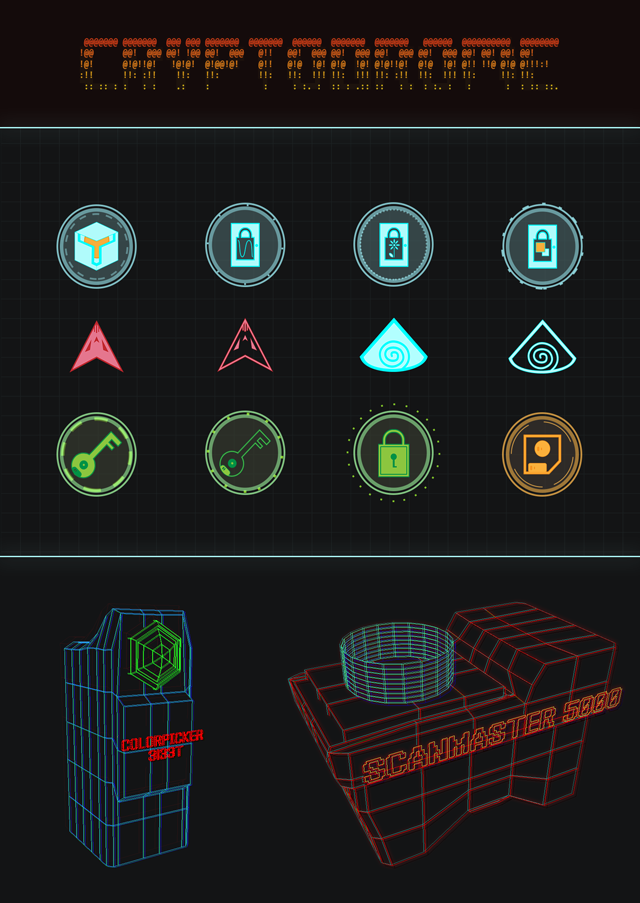 Map and UI designs. The wireframes are intended to be UI overlayed over in-game models for the Director player to interact with. The title font is a custom ASCII font that is typed out onscreen.